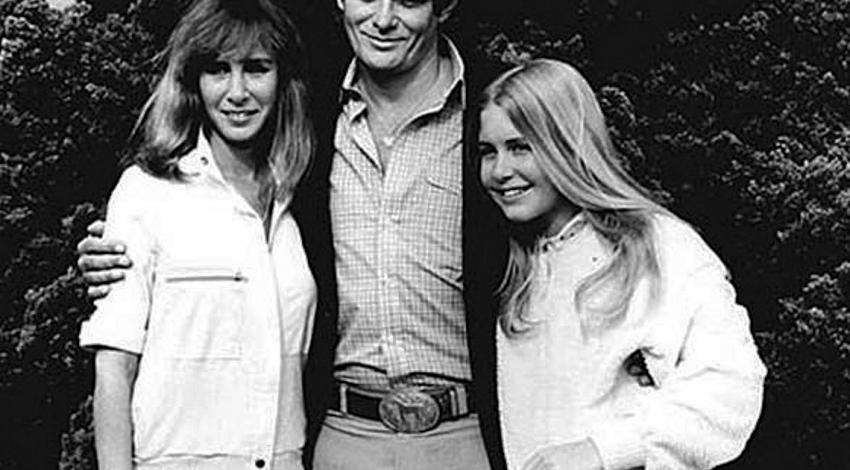 Bo Hopkins is uninhibited, colorful and disarmingly honest. He has carved a career in Hollywood with a talent and determination that has led him from parking cars to starring roles in television and films.

Born in Greenville, South Carolina, Hopkins was raised by his mother and grandfather when at the age of nine, his father died unexpectedly. This sudden loss led to difficulties in adjusting for Hopkins. However, after a stint in the army, Hopkins returned home to Greenville where he auditioned and won the title role in a little theater production of "Tea House of the August Moon". This led to a summer stock scholarship, time spent in New York, and ultimately a permanent move to Hollywood. Here he won a scholarship to the acting school then being operated so successfully at Desilu Studios.

Following our initial release of this profile in 2002 Bo appeared in "Mending Fences", "The Road Home", and "Don't Let Go". In recent years, he also appeared in the MGM/UA feature, "Beneath The Banyan Trees" with Matt Dillon and James Caan and then in "The Newton Boys" with Matthew McConaughey, Skeet Ulrich and Ethan Hawke. Prior to that in Oliver Stone’s "U-Turn", released in 1997, and starred in "Op Center", a four hour mini-series for NBC, created by best seller Tom Clancy. In 1994 he appeared in "Radioland Murders" for George Lucas; "The Feminine Touch" with George Segal and Elliot Gould; two Westerns, "Riders In The Storm" and "Cheyenne Warrior"; a police drama, "Texas Payback"; and a modern-day Western, "South Of Heaven, West Of Hell", in which he stars opposite country and western singer Dwight Yoakam. Hopkins was also seen that year in the newly restored and re-issued 1969 classic Sam Peckinpah western, "The Wild Bunch", which was shown at selected theaters in Los Angeles and New York.

Some of Hopkins' additional feature credits include, "The Getaway", "The Man Who Loved Cat Dancing", "American Graffiti", "Day Of The Locust", Midnight Express", "The Killer Elite" and "White Lightning". And most recently the features: "The Boys at the Bar", "A Little Christmas Business", and "Open Window". His scores of television movies and guest star appearances include, "Murder She Wrote", "Matlock", "A Smoky Mountain Christmas" (with Dolly Parton), "Houston, The Legend of Texas" (with Sam Elliot), "Rodeo Girl" (with Katherine Ross), "Thaddeus Rose & Eddie" (with Johnny Cash) and the series regular role of Matthew Blaisdale on "Dynasty".

Aside from his prolific acting career, Bo also was involved in a picture called ."Shade" in which he both acted and served as Executive Producer. "Shade" starring Sylvester Stalone and Melanie Griffith was Mr. Hopkins first outing as a motion picture producer. Enthusiastic about the material, he tenaciously shopped the property for 2 1/2 years before he was finally able to set it up. The picture was released May 9, 2004. Hopkins resides in Los Angeles with his wife, Sian. They have one son, Mattew!

Do a lot of plays when you are working in film and when you are not working too. Keep practicing your craft... That's what it is for.

This is but a fraction of all the trips and great times Bo and I shared. We did hotrod shows all over America. So many plane trips, hotels, breakfasts and dinners together, meeting so many lovely fans of American Graffiti. Thousands really. We made some lifetime friendships this way. We traveled together starting 1998 and had plans for many shows this year. Bo loved people and spent time with all his fans. He was a wonder to behold. Animals naturally gravitated to him. I have so many photos of him loving on someone’s pet. My world will not be the same without my beloved friend Bo. This is a very hard day for me.