Scott Wilson - Had the courage to follow his imagination!

5
min read
A- A+
read
Editor's Note:
Regretfully, Scott Wilson passed away on Sunday October 7, 2018. Cause of death is listed as complications of leukemia. He leaves us with a brilliant legacy of performances spanning back to the late 1960's. 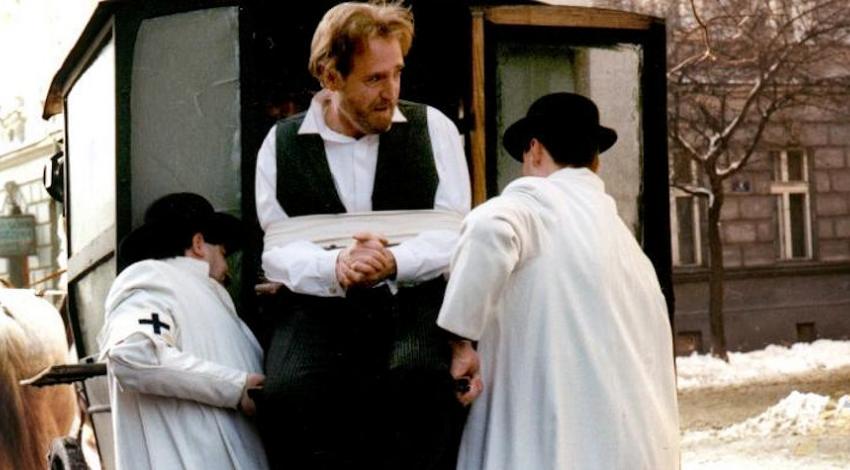 Scott Wilson's 1967 motion picture debut was nothing less than spectacular as he appeared in two of the motion picture industry's most classic films, "In the Heat of the Night" for director Norman Jewison and "In Cold Blood" for Richard Brooks, Scott Wilson has consistently achieved the highest industry and critical response. Whether in a leading role or as a special guest, Wilson's performances have traditionally been singled out as highlights in more than forty key motion pictures and half a dozen carefully selected television films during the course of his career.

The key to Wilson's success has been the careful selection of material and the association with many of the film industry's most illustrious directors. He has been cast in important roles by such perceptive directorial stars as Ridley Scott, Tim Robbins, Waiter Hill, Steve Kloves, Phil Kaufman, William Peter Blatty, Michael Bey, Danny Cannon, Jack Clayton, Robert Aldrich, John Frankenheimer, Sydney Pollack, and Krzysztof Zanussi, in addition to Jewison and Brooks.

Zanussi, the great Polish director, starred Wilson in "The Year of the Quiet Sun", hailed by critics as one of the most sensitive stories of romance during wartime conditions. The actor and director reunited in 1997 on "Our God's Brother" based on a play written by Karol Wojtla, now Pope John Paul II. "Our God's Brother" held its world premiere in Poland, where John Paul held a private audience for Wilson, Zanussi and their associates during his visit to his homeland. At the time, Pope John Paul made the unprecedented gesture of autographing Wilson's working script of the film, very likely the only film script extant that has been signed by a Pope. Later that year the film was screened for John Paul at the Pope's summer residence, Castel Gandaifo. After viewing the film the Pope said to Wilson, 'You have reached deeply into Adam Chmielowski (the title character, played by Wilson). I saw in you all of my thoughts about Adam Chmielowski.'

WIlson continues to be in demand for key roles in major motion pictures. In 1997 he co-starred with Demi Moore in Touchstone's "G.1. Jane" and with Vince Vaughn, Joaquin Phoenix and Janeane Garofalo in "Clay Pigeon" for Gramercy (both films made by Ridley Scott's company). Earlier, he starred in Dale Rosenbloom's "Shiloh", praised by critics as a family film worthy of both children and adults and in 1999 he starred in the sequel, "Shiloh II", "Shiloh Season". In 2000 he co-starred with Ryan Phillipe and Benecio Del Toro in Christopher MacQuarrie's "Way of the Gun" and followed this in 2001 with cameo appearances in the blockbuster hit Pearl Harbor and in the comedy romance "The Animal" with Rob Schneider. He also appeared with Timothy Olyphant and Josh Brolin in Victor Nunez's "Coastlines" and with Marg Helgenberger in "Burked" the opening season premiere of "CSI: Crime Scenes Investigations".

Since our initial publication, Scott has added strong performances on the big screen in: "Monster", "The Last Samurai", "Junebug", "The Heartbreak Kid", "Bottleworld", "Radio Free Albemuth", and more recently, "Hostiles". On TV he has combined episodic, longform & recurring roles in: "Justified", thirty seven episodes of "The Walking Dead", "Bosch", "Damien", "The OA", and the latest, "Robot Chicken".

A native of Atlanta, Georgia, Wilson experienced several challenges which inspired him to broaden his horizons. Moving to Los Angeles, he worked a variety of jobs until he chanced on an acting class and found his calling. He honed his craft with five years of classes, workshops,and some 24 theatre productions in Los Angeles until Jewison cast him with Rod Steiger and Sidney Poitier in "In the Heat of the Night", followed by playing the cold-blooded killer Richard Hickok in "In Cold Blood". Soon he found himself in major roles which led to more than 40 films, including "The Grissom Gang", "Lolly Madonna", "The New Centurions", "The Ninth Configuration" (which brought him a Golden Globe nomination from the Hollywood Foreign Press Association and Film Festival Awards), "On The Line" (which won him a Best Actor Award at the Cartagena Film Festival), "A Year of the Quiet Sun" (which won the Golden Lion at the Venice Film Festival), "Dead Man Walking", and "The Great Gatsby". Wilson's television movies include "The X-Files" ("Orison3"), "The Jack Bull", "Elvis and the Colonel", "Jesse", "The Tracker", and "The Twilight Zone" ("Quarantine"). Wilson lives in Los Angeles and has been married for over 40 years to his wife, Heavenly, an attorney, artist and writer.

Listen.... and have the courage to follow your imagination.

Scott was a fine actor and a gentleman too boot!

Scott was a fine actor and a gentleman too boot!

He will be missed!

Peter Jason - More fun than anyone else!

Robert Newman - Finding his own path!

Set Safety Programs
Get Tyler: An Interview with Tyler Bates

John Boorman: On "The General"