9
min read
A- A+
read
Editor's Note:
In 1993, Bill Smitrovich received the Michael Landon Humanitarian Award for his work with the Down Syndrome Congress, and then in 1996 he served on the executive board of the International Special Olympics Committee in his home state of Connecticut. 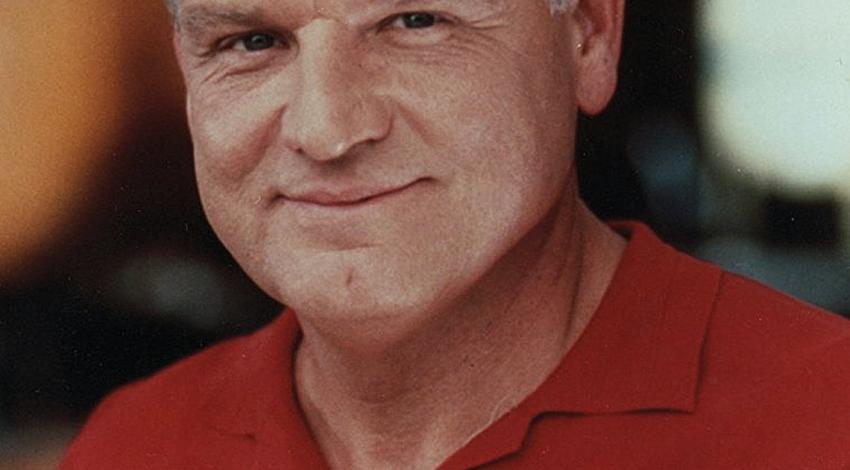 Bill Smitrovich began his professional career at the age of thirty-three, as a stage actor with Arthur Miller in the World Premiere of "American Clock" directed by Dan Sullivan, which went from The Spoleto Festival to Broadway.

Filmmakers became more and more aware of Bill Smitrovich's ability to create characters that are so real they appear seamless, and as directors are still discovering this fine actor's talent, the best is yet to come. His journey as an actor has included working with such distinguished and varied directors as Stephen Frears, Wolfgang Peterson, Michael Mann, Rob Reiner, Bruce Beresford, and Roland Emmerich among others.

Smitrovich starred opposite Kevin Costner as General Maxwell Taylor, the Chairman of the Joint Chiefs of Staff, in the Beacon/New Line release of "Thirteen Days". The film directed by Roger Donaldson, chronicles the story of the 1962 Cuban Missile Crisis.

In writer David Koepp's directorial debut "The Trigger Effect", one of Bill's favorite film roles to date, he co-starred with Elizabeth Shue and Dermot Mulroney. Bill played Steph, a self-righteous neighbor living in a bizarre time-warp.

Smitrovich was also seen in the summer blockbusters "Air Force One" opposite Glenn Close and "Independence Day" opposite Will Smith. His comedic abilities became evident in his collaborations with Ron Howard in "Splash", Bruce Beresford in "Her Alibi", and Tony Bill in "Crazy People" opposite Dudley Moore and Darryl Hannah.

The spring of 2001, saw Bill starring opposite John Cleese in "HMO", a 1/2 hour, single-camera television pilot for Touchstone and ABC. He starred as a wisecracking surgeon, navigating the bureaucratic world of health management organizations alongside a cast of inept hospital workers.

His versatility was apparent in his early film roles and garnered the attention of television producers, most notably Michael Mann. His long time association with Mann began with his role as 'Sonny Crocket's corrupt partner' in the pilot "Miami Vice" and as a series regular on Mann's police drama "Crime Story" as Sgt. Danny Krychek. His relationship with Mann continued in the stylish thriller "Manhunter". In other television roles, Bill is well-known for his portrayal of the sympathetic and admirable dad, Drew Thacher on the Emmy Award winning ABC series "Life Goes On". He also starred in the critically acclaimed Fox series "Millennium" as Lt. Bletcher.

Bill was seen on the CBS 'live' television presentation of "Failsafe", opposite an all-star cast including George Clooney, Richard Dreyfuss, Harvey Keitel, Don Cheadle, Brian Dennehy, and James Cromwell. It was produced by George Clooney and directed by Stephen Frears.

Earlier this season, Smitrovich was asked by David E. Kelley to join the ensemble cast of his successful ABC series, "The Practice" as a recurring character, the hard-laced District Attorney WaIsh. Last year, he starred as Inspector Cramer in the A&E television movie "The Golden Spiders; A Nero Wolfe Mystery" directed by Bill Duke. The movie was so well received, A&E began airing a series of one-hour Nero Wolfe mysteries with Maury Chakin as Nero Wolfe, Timothy Hutton as Archie, and Bill as Cramer. In September, they begin production of the second season of the critically heralded series. He also starred in the highly successful NBC mini-series "The 60's" as Bill Herlihy, the conflicted father of an Irish Catholic family.

His early theatrical work includes starring roles in Gary Leon-Hill's "Food From Trash" as Sudden Pisanger at the Actors' Theatre of Louisville's Humana Festival, "Requiem For A Heavweight" at the Long Warf Theatre, directed by Arvin Brown and Terrence McNally's "Frankie & Johnny" at The West Side Arts Theatre.

Always making time to return to his roots, last summer he returned to the theatre and created the role of Captain James Anderson in A.R. Gurney's original play "Far East". The play premiered at the Williamstown Theatre Festival. It was then brought to Lincoln Center where Bill and the production enjoyed critical acclaim and an extended run. It then aired as the inaugural play on the premiere of the PBS series "Stage To Screen".

Last year, Bill was back at Williamstown to portray Mr. Antrobus in Thorton Wilder's "The Skin Of Our Teeth". This performance and more specifically, Bill's portrayal was met with tremendous audience response and garnered wonderful reviews. This staging of the play "is a generous explosion of visual, aural and visceral energy on stage, big and colorful, loud, clever, and raucous. The performances are expert, Smitrovich is utterly threatening, full of smoldering passion and anger and frustration and bravado." (Paul Lamar_ The Daily Gazette)

Recently, he was back yet again, this time starring in the Williamstown production of "The Winter's Tale". While receiving his Masters degree at Smith College and teaching theatre arts at U. Mass-Amherst, Bill was a founding member of the renowned "No Theatre Company", now in association with the "Wooster Group" whose members include Willem Dafoe and Spalding Gray.

Bill was born in Bridgeport, Connecticut, where in I992 he received an honorary Doctorate from his alma-mater, The University of Bridgeport. He is an avid golfer who originated and has hosted the annual "Life Goes On Celebmty Golf Classic" for the Down Syndrome Association of Los Angeles. In I993 he received the "Michael Landon Humanitarian Award" for his work with the Down Syndrome Congress, then in 1996 he served on the executive board of the "International Special Olympics" committee in his home state of Connecticut. Bill currently lives in Los Angeles with Shaw Purnell, his wife of fifteen years and his two children, A.J. and Maya.

Acting generally requires a relaxed concentration. Preparation informs and relaxes and allows us to play with the words. It also uncovers the truth.
There is a reason a play is called a 'play'. Find the purpose of your role in the play (or screenplay). Look for the music in the words.

Being an actor requires great courage. Courage to risk. Courage to just 'be' and the wisdom to know the difference. Look for the heart, mind, body and soul of your character. Be selfless in the pursuit of honest truth.
Lastly. "READ. READ. READ."